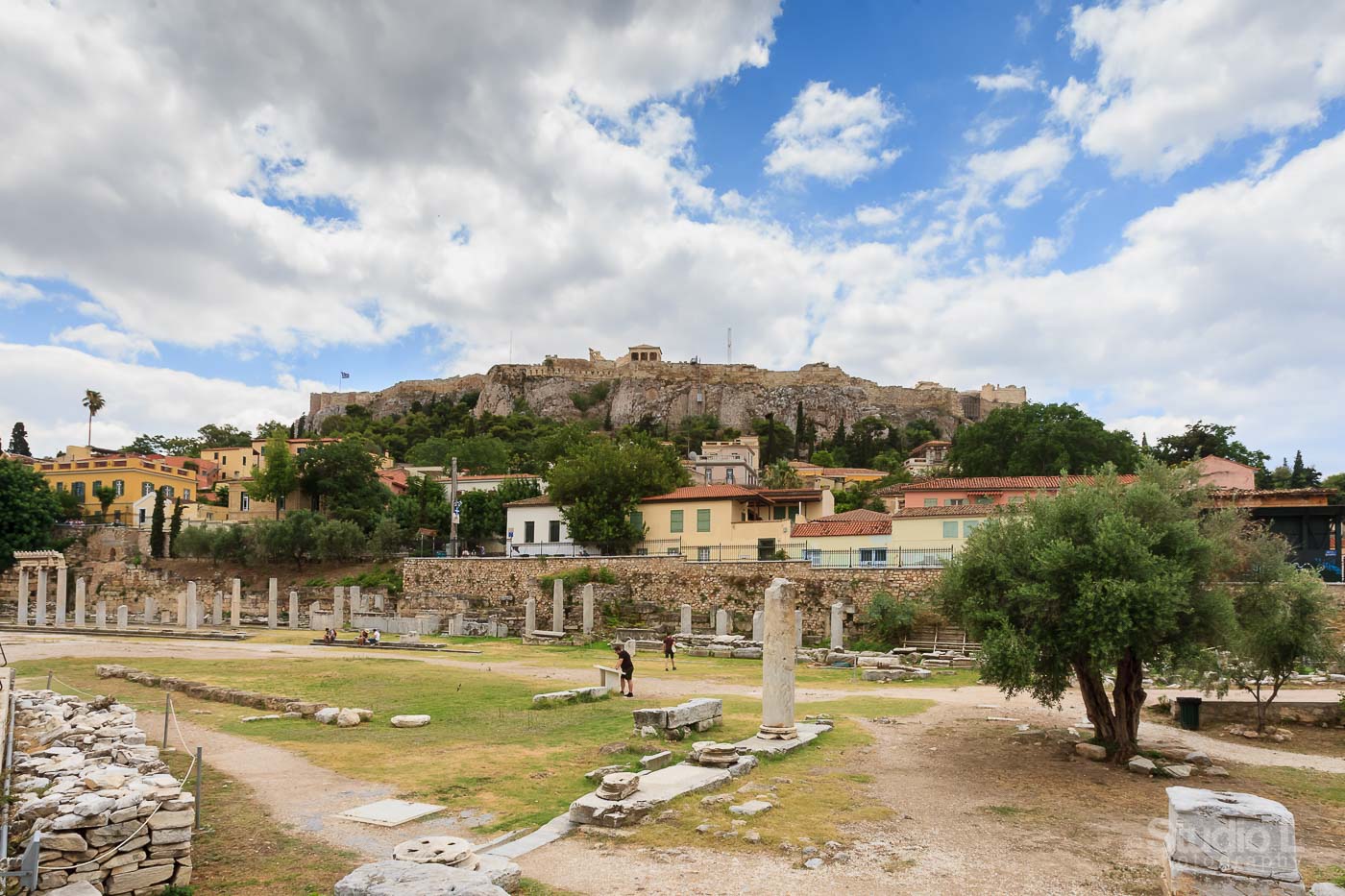 Heading upwards, we come across the Roman Agora. Agora, translates to "marketplace" in the Greek language, hence many refer to this site as the Roman forum. This complex of Roman structures was built and funded by Augustus Caesar and was the central market during the Roman years. Used for both trade and social gatherings, the Agora was a symbol of the economic growth of Athens during that period. Today, although most of it has not been renovated due to the extensive damages it presents, in the middle of it, an octagonal marble clocktower still stands tall. The "Tower of Winds", which is widely considered to be the first meteorological station in the world. The structure features a combination of sundials, a water clock, and a wind vane that people would use to tell time and weather in antiquity. The 12-metre-tall structure was used to indicate the direction of the winds and tell time using eight different sundials. By making the construction that tall, it was effectively an early example of a clock tower, by being visible throughout the city. In its interior, there was a water clock (or clepsydra) driven by water originating from the Acropolis that was used to also calculate time during nighttime.