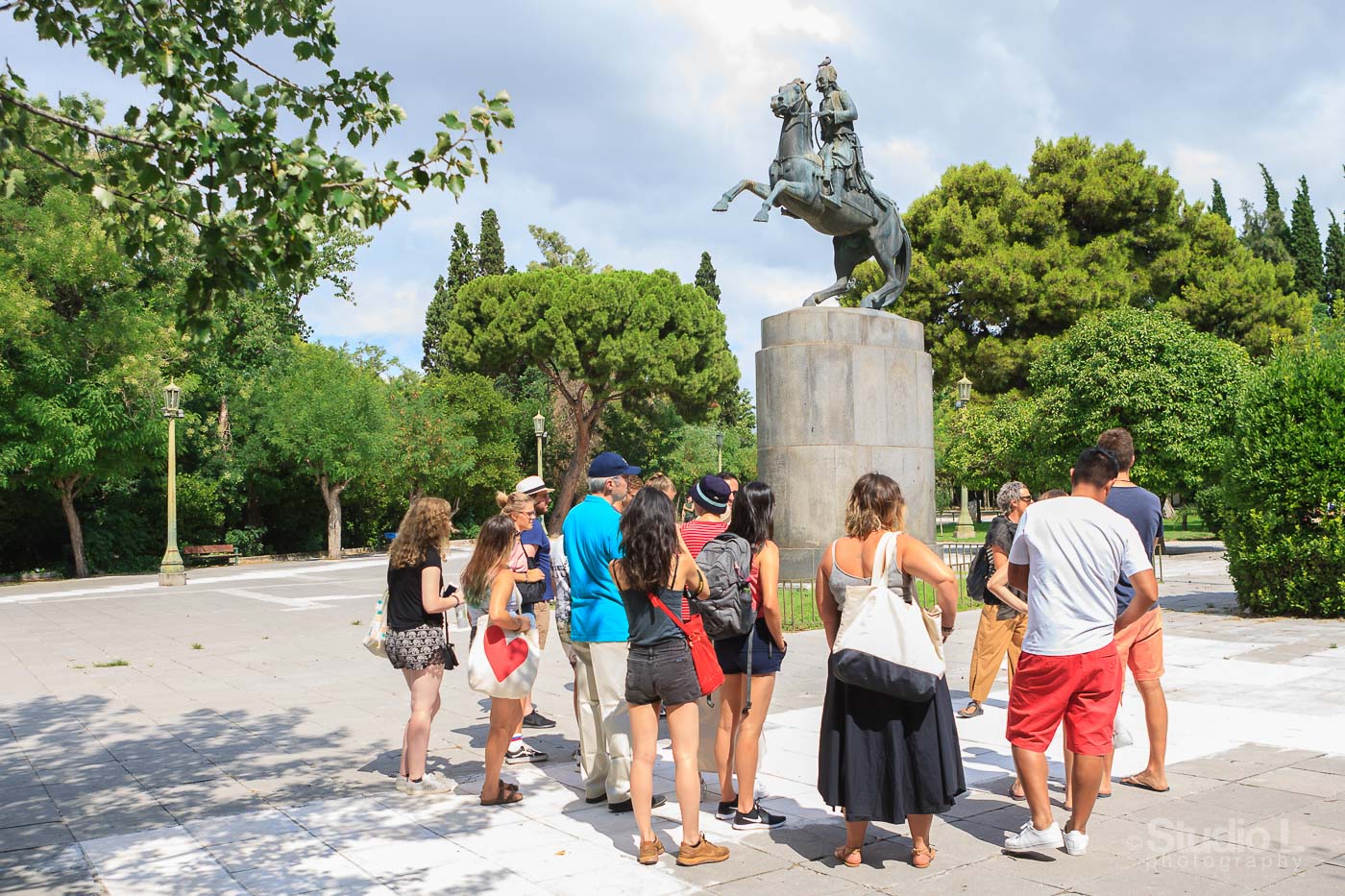 Our walk continues with a visit to the statue of General Karaiskakis. Georgios Karaiskakis was one of the most prominent figures of the Greek Independence War and has played a major role in the liberation of the city of Athens from the Ottoman Army back in 1827. Even before 1827, Karaiskakis was active in the fight of the Greeks against Ottoman rule and has participated in battles around Central Greece and the Peloponnese. Though many times criticized for his temper and his swearing, his contribution to the fight against the Ottomans may not be questioned.
We walk past a statue of George Karaiskakis made by the Greek sculptor Michael Tombros. There Karaiskakis is depicted riding his horse in battle, wearing a greek traditional uniform, the one that was worn during the independence war against the Ottoman empire, the one that has inspired the ceremonial uniform of the Presidential Guard. It took the city of Athens nearly 40 years (from 1929 until 1968) to decide the location of this statue, yet the square the statue is located today makes a perfect spot for people passing by to admire the courage of the General and be inspired by him.