Thiseo and Temple of Hephaestus 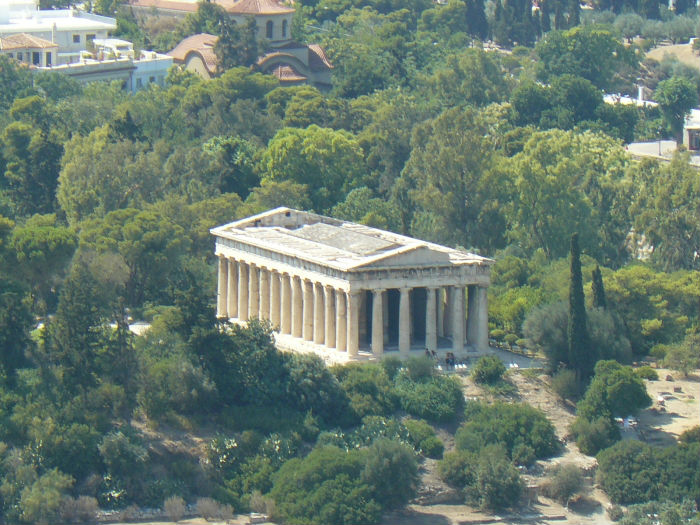 Right next to us, lies the Ancient Agora. The Ancient Agora, much like the Roman Agora was a marketplace in antiquity. The name "Agora" originates from the ancient Greek verb "αγορεύω" which means "exercise public speaking". It is, in short, the birthplace of democracy. Inside the ancient agora lies the Temple of Hephaestus or otherwise known as Thiseo, which is the best-preserved temple of the Hellenic times, standing largely as built. This massive, 13 columns in length structure, dates earlier than the Parthenon itself in the year 450 BC, making it one of the oldest constructions to be found in the ancient city of Athens. Amazingly, it is the only structure in the city dating to that period to still feature a complete roof. The temple, as the name suggests, was dedicated to God Hephaestus, the patron god of metalworking, craftsmanship, and fire. As a blacksmith god, Hephaestus made all the weapons of the gods in Olympus. He served as the blacksmith of the gods and was worshipped in the manufacturing and industrial centers of Greece. Seen as a lesser gods by Gods and mortals alike, Hephaestus was cast off Mount Olympus, by his mother because of his deformity, making it rationale for his temple to be positioned beneath the "mountain" of the Acropolis.